Sam was a 19-year-old college soccer star when he was diagnosed with kidney failure and told he needed dialysis. At the time, he felt he’d lost all control. Several years later, a nurse suggested home hemodialysis—and Sam went for it. He shares how empowered he became, how he got back to a lifestyle he loves and how he became a transplant recipient after years of home dialysis.

Ron is a beloved music educator and father who was thriving on in-center dialysis before receiving a kidney transplant in 2018—from his daughter...

Meet Gloria of Jacksonville, Florida, who is living her life to the fullest despite her diagnoses of diabetes and kidney failure. See how she has adjusted... 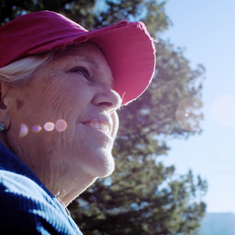 Can people on dialysis travel? Avid hiker and camper Chris Greene's story leaves you with a resounding yes. While Chris’ diagnosis came out...

We want to hear from you if you're living with kidney disease and thriving—or caring for someone who is. Your experience can help inspire and empower others.
Share Your Story