In 2006, Ella Riley was hospitalized with pneumonia, which caused both her lungs to collapse. Things didn’t look good. But doctors put her in a coma to try and save her life, and 4 months later she regained consciousness. She was alive but had a long road to recovery.

“My motor skills were gone,” Ella recalls. “I couldn’t function. I had to learn to walk and talk again.”

In addition to speech and mobility issues, doctors explained to Ella that she had acute kidney injury (AKI) and would need to start dialysis. After leaving the hospital, she began in-center hemodialysis and eventually regained her kidney function. Ella no longer needed dialysis and continued to monitor her health. Blood tests showed she was losing protein which is a sign of declining kidney health. Years later, a nephrologist gave her some shocking news—she had stage 4 kidney disease.

Looking back, Ella says she never realized how serious her condition was and wishes someone had talked to her about ways to slow the progression of kidney disease with healthier eating and exercise. She wonders if, with the right information and actions, she could’ve kept her kidneys from failing. “I believe when you know better, you do better,” she remarks.

A New Outlook and a New Therapy

These days, Ella is making only the most educated, beneficial decisions when it comes to her health. She’s eating better, is more active, and—knowing how dangerous COVID-19 can be for people with kidney disease—has received her vaccinations and booster.

”The vaccine isn’t a cure, and we know that,” Ella comments. “But it might prevent you from going into the hospital. It could keep me from being on a ventilator and having my organs shut down. I’m not taking my life lightly—I want to live it!”

Another step Ella took recently was starting home hemodialysis (HHD), which she says has made a big difference in how she feels on—and about—dialysis.

“My blood pressure has improved, and I feel better—I even feel a little stronger and more energetic,” she says. “I used to feel tired after my treatments and had to rest a lot. Now I finish up, clean the machine, and get started on chores or maybe spend some time with my grandkids. I feel more like Ella.”

A Support System that Works

Family is an important part of Ella’s life and doing dialysis at home means more time with her loved ones. She has three daughters and a son, as well as grandchildren. Two of her daughters (one of whom lives and works at home), and Ella’s boyfriend Douglas all trained to help with home therapy. It’s a team effort, she explains, with everyone doing their part. In the evenings, while she does her treatment, Ella and her daughter Shannon spend time chatting and enjoying each other’s company. “I don’t know what I’d do without her,” says Ella. “She’s always there for me.”

Though at first nervous to be away from her care team, Ella believes her supportive home environment made her transition to HHD much easier. In addition, the training team at Fresenius Kidney Care Nevada Fire Mesa Home made sure she had the education she needed to succeed.

“My home training nurse Ron was so great,” recalls Ella. “If I made a mistake and didn’t push the right button or something, he’d say ‘It’s OK. You didn’t do anything wrong.’ It’s scary at first because you don’t know if you can do it. But we pressed through it, and now treatments are smooth sailing.”

Besides her family support network, Ella knows that technical support is just a phone call away. She also uses an app to track her treatment progress and vitals which her care team can see and monitor.

“I know they’re motoring what’s going on here at the house,” says Ella. “If they see anything I need to be updated on, they can give me a call or text immediately.”

Being at home also means Ella isn’t exposing herself to illnesses, including COVID-19, which she says makes her feel safer. “I don’t have to be out there around people where I don’t know who is vaccinated and who isn’t,” she says. “I’m making myself less vulnerable.”

Though she can’t change the past, Ella has taken control of her present—and her future. She has adopted healthier habits, found a treatment option that works for her and her family, and is staying informed about ways to stay well, even in the middle of a worldwide pandemic. In other words, Ella knows better, and she’s doing better. 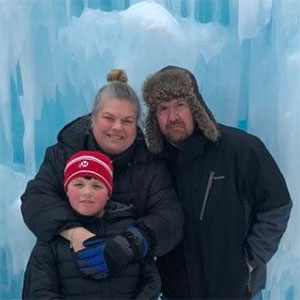 Kelly Ann Manuel is completely surrounded (and supported) by family. And we’re not just talking about the people in her household. For this wife and mom from Massachusetts, loved ones can be found in just about...
Read More 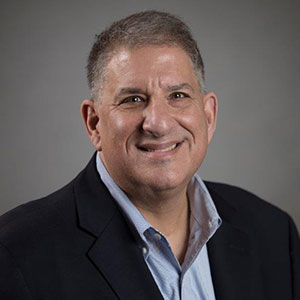 Vaccinated and Victorious: A Kidney Disease and COVID-19 Experience

From high blood pressure to infections, to polycystic kidney disease (PKD) and end stage renal disease (ESRD), Jody Blatman has spent much of his life trying to stay ahead of his health concerns. But it was none of the above that gave him...
Read More