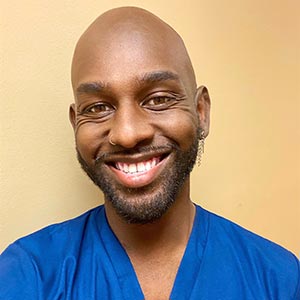 Brian Coleman is a patient care technician (PCT) from Baton Rouge, Louisiana, and he understands exactly how people on dialysis feel. That’s because he’s on dialysis too.

Kidney disease has always been a part of Brian’s life, and he has made the most of it by using his experiences to help other people on dialysis thrive. He joined the Fresenius Kidney Care team after receiving transplants, peritoneal dialysis (PD), in-center hemodialysis (HD), and now home dialysis. Brian says, “I can relate to every single person here in the dialysis center because we’re all in the same boat.”

Well-Prepared for a Lifelong Journey

Brian was born with a rare condition that damaged his kidneys, so he began peritoneal dialysis as an infant. By age two, he needed his first kidney transplant. Fortunately, his mother was a match, and she was able to donate a kidney to her son. Brian was successful with his donated kidney for 17 years before he needed another transplant. Incredibly, his father was also a match. This time, though, the kidney only lasted six years as a result of complications. “One of my medications was doing more harm than good,” Brian remembers. “The doctors found the issue in time and some of my kidney function did come back so it lasted a little longer, but not forever.”

At that point, the doctors informed Brian that he could no longer rely on his kidneys and would have to start dialysis. He knew this would happen someday. “A lot of people ask me how I handled it, but it was something I was always prepared for,” he says. “It was just another milestone in my life.” And Brian still had many more milestones ahead of him.

Brian knew from an early age that he wanted to work in healthcare. His condition made him more likely to get sick, so he was in the hospital often. “That’s what I was always around,” he says, recalling his childhood. “I’ve seen how hard medical professionals work to care for other people. Without them, I wouldn’t even be here.” Brian was so inspired, he decided to train to become a medical assistant.

While he was in school, Brian continued with his regular in-center dialysis treatments. His medical training made him more interested in the process of dialysis, and Brian says, “One day, I just got a little curious and asked if I could insert my own needle.” He practiced self-cannulating — that is, inserting the needle into his own access — and from then on, he prepared his in-center treatments himself. He says that after a while, “The people at the center were like, ‘You should do this at home! You would be perfect for home dialysis.’”

After some consideration, Brian agreed that he was ready to take control of his own dialysis treatments. “I did the home training first and I enjoyed it,” he says. “They were so helpful.” Brian and his doctor decided he would be more successful with an additional treatment per week. He says that extra treatment gives him more energy and he feels better overall. “It was one of those things where I was like, ‘Why didn’t I do this earlier?’” he laughs.

Even though Brian does dialysis both at work and at home, he doesn’t let his life revolve around kidney disease. Instead, he uses it as an opportunity to make his own flexible schedule and feel his best. “Home dialysis was the reason I was able to work here full time,” he says simply.

As a PCT at a Fresenius Kidney Care center, he works closely with people on dialysis by assisting with treatments, tracking their progress, and sharing experiences. “The people at the center say they love having someone there who really understands what they’re feeling,” Brian says. “It’s a joy to see them come in and leave feeling a little better. That’s the highlight of my day.”

As much as he enjoys spending time with the people who visit the center for treatments, Brian wants other people who have experienced kidney failure to find their freedom. He uses his unique position to encourage other people to try home dialysis if they’re able. “There are challenges, just like everything else, but take it from me — you bring home dialysis into your life, and you’ll see so many doors are going to open up to you.” 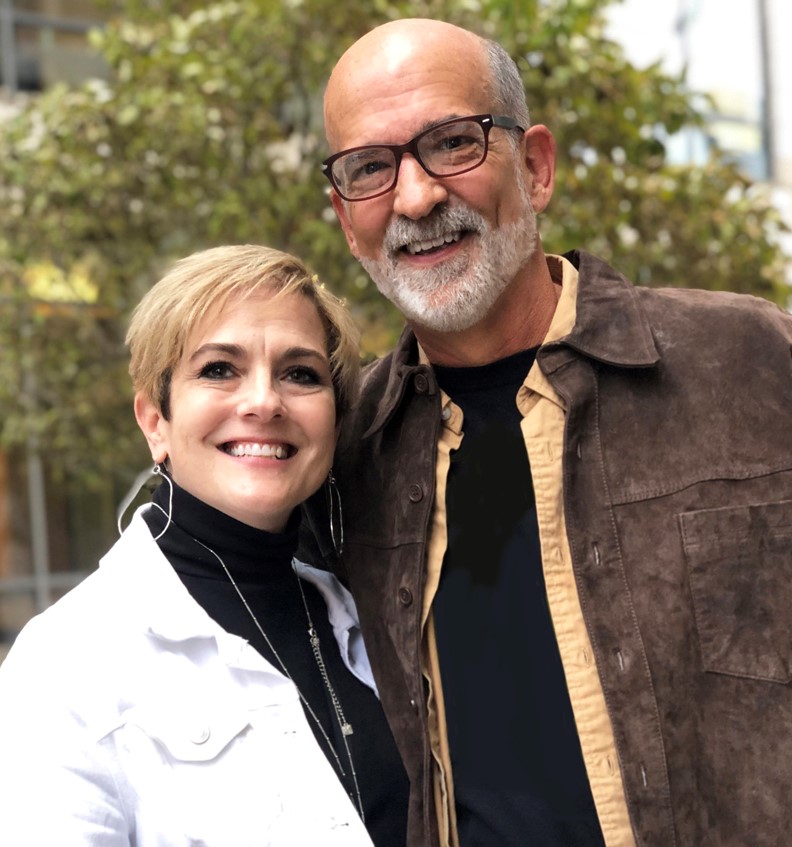 In February 2020, Rob Barge entered a world of health and lifestyle changes, without much warning. A visit to the emergency room in the middle of the night revealed he had...
read more

If you are going on dialysis for the first time or switching from in-center care, home dialysis may be an opportunity for you to manage your own treatments. At this point in your journey, you are most likely working with...
Read More

“You have to stay positive—and not listen to anything outside of that.”