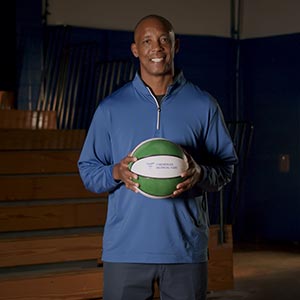 Sean Elliott is known as a game-winning NBA star, but now he is raising kidney disease awareness as a kidney transplant recipient thriving decades after his diagnosis. In fact, Sean was the first player to return to the NBA after a kidney transplant.

By sharing his story, he hopes to educate people about recognizing the signs of kidney disease and knowing when to get tested.

"Kidney disease has affected my life, my family, and my career," Sean said. "I had a responsibility to my team to look after my health. Getting tested and monitoring my condition made it possible for me to find the right treatment, and even get back to the game I love."

Sean’s journey from diagnosis to transplant

Kidney disease is a broad term that covers several illnesses that affect your kidney function, including chronic kidney disease (CKD). After the 1992-93 NBA season, Sean was diagnosed with focal segmental glomerular sclerosis—a type of kidney disease that causes scarring on the kidneys and inhibits their ability to filter excess fluids, waste, and toxins from the blood. Despite the diagnosis, he was able to continue playing for years before his kidney transplant.

“When I found out I had kidney disease, I knew I had to do everything possible to stay healthy,” Sean said. “Since we caught it early, my doctor was able to monitor my condition, and I became the first player to return to the NBA after a transplant. Don't wait to get tested—it can save your life.”

For years after his kidney disease diagnosis, Sean continued playing basketball and living his life while understanding his treatment options. Shortly after Sean helped the San Antonio Spurs win their first NBA title with his buzzer-beating Memorial Day Miracle shot, he learned his kidney disease had worsened—and he needed a kidney transplant soon.

After some testing, Sean and his family found out his brother was a match for a kidney transplant and became his donor. A living donation is an extraordinary gift as more than 97,000 people1 are waiting for kidney transplants in the United States and kidneys from a living donation tend to last longer. Knowing the facts about kidney donation and how to find a donor can make a big difference in getting a transplant.

The pair celebrated the 20th anniversary of the kidney donation and successful transplant in 2019.

1 in 7 U.S. adults has CKD, and most of them don’t know they have it.2 There are usually no symptoms in the early stages, so it’s difficult to catch without screening. Diabetes and high blood pressure are the two leading causes of CKD, however early detection through testing can slow progression, along with eating well, managing medication, and seeing a nephrologist.

Your age, weight, family history, overall health—even your ethnicity—may put you at greater risk for CKD. If you have any risk factors or symptoms of kidney disease, be sure to talk to your doctor about your kidney health and get the screenings you need as soon as possible.

Be your own advocate! CKD should be treated as early as possible to slow progression. While regular kidney function tests are beneficial for everyone, it's especially important to get tested once a year if you are at higher risk for kidney disease or experiencing symptoms of CKD.

What You Should Know as You Prepare for a Kidney Transplant

Right now, tens of thousands of people with kidney disease are considering or planning for a kidney transplant. If this is an option you’re starting to explore, you probably have lots...

Chronic kidney disease (CKD) is an ongoing condition in which kidney function gets worse over time. Early treatment can slow or prevent the progression of CKD, but because the first signs often go unnoticed, it’s important to...
Read More 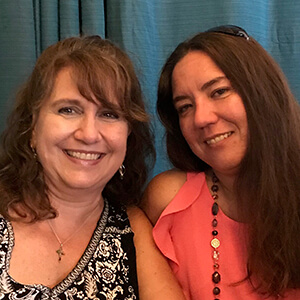 Diana Peterson, a senior accountant and mother living in Alabama, was on home dialysis when she began to explore the possibility of getting a kidney transplant. She joined the national transplant waiting list in 2018, though she didn't want to call attention to it. In fact, one of her closest friends and co-workers had to pry the news out of her. That same co-worker, Donna Kucera, would go on to make her friend an incredibly generous offer: to be Diana's kidney donor.
Read their story