New to Kidney Disease, Dialysis, and All That Comes with It 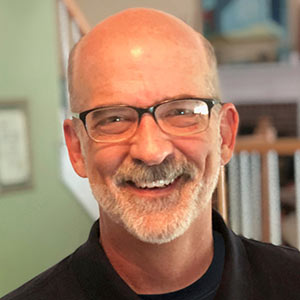 It was the middle of a long February night in 2020 when Rob Barge woke up in his east Alabama home, gasping for air. Terribly frightened, he and his wife Trisha tried to get his breathing back to normal, but nothing worked. The next bed Rob found himself in was at the hospital.

“Suddenly Here We Are”: Facing the Reality of Heart and Kidney Failure

“It was terrifying,” says Rob, remembering that night. “And it’s a good thing Trisha made me go to the emergency room. As it turns out, I had fluid on my heart and lungs, as well as heart failure. I spent a week in the hospital while the doctors sorted it all out.”

Sorting it out meant another piece of unwelcomed news. As bad as his heart was, Rob’s kidneys were worse. Doctors said they were failing, and treating his chronic kidney disease (CKD) would take precedence over his heart problems.

“How? How does this happen?” Rob thought. “I was never sick. I felt good. I used to joke that I was '50-something' and still felt like a kid. I didn’t have time to mentally prepare, and it came as a real shock. I thought I was doing really well and suddenly here we are.”

Doctors told Rob that the longer he could maintain his kidney function—which was at about 25 percent—the longer he could stay off dialysis. He started exercising more and made immediate changes to his diet, with full support from Trisha and their 20-year-old son, Spencer.

“Trisha took the reins and said, ‘We’re going to beat this thing!’” says Rob, with adoration in his voice. “She became an expert in sodium-free and kidney-friendly foods. She would make barbecue sauce from scratch. Her efforts were heroic. Our son was amazing too. He had been a hamburger and chicken nuggets guy, but he adapted. They were incredible.”

Unfortunately, Rob was only able to retain his kidney function for about 6 months. After that, he began having chills and felt exhausted most of the time. At a checkup in early 2021, doctors discovered his glomerular filtration rate (GFR) was down to 6.

“The next thing you know, I’m having catheters put in and I’m getting dialysis right there in the hospital,” Rob recalls.

From Scared to (Pleasantly) Surprised: A “Great” Experience with In-Center Dialysis

Rob was extremely nervous and getting overwhelmed fast. He had so many questions after his CKD diagnosis. He knew almost nothing about dialysis, and trying to self-educate was causing information overload. At that point, he made an important choice that would help shape his CKD experience.

“Dialysis feels so brand new as a patient, but then you realize these doctors have done this a million times,” he says. “I decided just to follow their advice and let them tell me what to do. In the end that was a good decision.”

While he made peace with the learning process, Rob still had to get used to the idea of sitting in a chair for in-center hemodialysis treatments three days a week. He also had concerns about his commute to and from the center and wondered what the facility and staff would be like. As it turned out, he didn’t need to worry.

“It’s been such a pleasant surprise how close everything is,” says Rob. “The hospital and center and doctors are all conveniently located.” But according to Rob, proximity to care isn't the only silver lining he's encountered. Even more impressive, he says, is the attention he has received from his kidney care team.

“The Fresenius Kidney Care folks at my center in Opelika [Alabama] have been fantastic,” he says. “It’s everyone from the office people to the managers to the techs, nurses, and insurance coordinators. They are constantly surprising me with how much they know about my individual history—from past and upcoming surgeries, to changes in my diet and medications, to conversations I've had with the doctors. The fact that everyone is always so well informed indicates to me a sincere concern for and interest in their patients.”

Several months into life on dialysis, Rob is feeling better, both physically and emotionally. He says on treatment days he gets tired but has “pep in his step” the following day. He continues to run a small graphic design business and is grateful he is well enough to do so, even if it means shifting work hours to make room for appointments.

“More than anything else, dialysis is an alteration to your routine,” Rob says. “It does change your life with the commitment of time, but it’s not frightening to me anymore.” ¬¬

Reflecting and Looking Ahead: Missed Symptoms and a New Treatment Option

Looking back, Rob says he saw signs of his failing health before things turned critical that night in 2020. For months, he’d dealt with high pulse rates, headaches, and extreme fatigue, but wouldn’t admit to himself that he might have had more serious problems. It was a mistake that nearly cost him his life.

“Running my own business, I was burning the candle at both ends,” explains Rob. “I’d be so tired, but I was trying to be consistent and dependable. I kept thinking, ‘I am not going to be sick!’ But I didn’t know how sick I really was.”

Having turned his life and health around, Rob is also looking forward, and recently received good news from his doctors. His heart function is improving, and he has been cleared to train for peritoneal dialysis (PD), a home therapy he can administer himself.

“My first question for my cardiologist was, ‘Can I go forward with PD?’” Rob recounts. “He said yes, and I immediately went to the folks at my center. I said, ‘Let’s start!’”

Rob is excited for the next stage of his dialysis journey and plans to keep us up to date on his progress. Stay tuned for part 2 of Rob’s story, coming soon to Thrive Central. 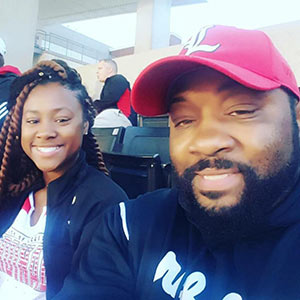 Michael Roberson of Louisville, KY knows how to stay busy and keep himself motivated! After being diagnosed with end-stage renal disease (ESRD) in 2009, Mike was determined to find a way to take care of his health
Read Michael’s Story 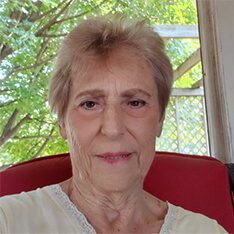 Freedom to Do What She Loves on Peritoneal Dialysis

Sandra Metzger isn’t the type to let kidney disease stop her from doing anything. “If I do get down, I get right back up,” she says.... 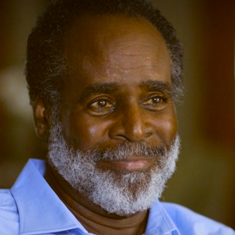 “I love going to Lake Okeechobee. I still do the things I like to do.”

—Ron, on dialysis until transplant in 2018
Watch Ron’s Dialysis Story